For important COVID-safety and visitor information please see Visit Us

Find your Bliss at the Sydney Film Festival

Director Ray Lawrence’s debut feature Bliss (1985) is the latest film to receive the NFSA Restores treatment, meaning new audiences can now experience the controversial film back on the big screen, restored to its former glory. The restoration premiered at the Sydney Film Festival on 14 June.

From negative to positive

The restoration of Bliss took place over several months and, surprisingly, the longest part of the process came at the beginning. Before our film restoration experts could get their hands on the film, the NFSA Restores curators needed to locate the materials for them to work from, which wasn’t as straightforward as it initially sounded.

Ideally, the NFSA works with original picture negatives for restoration work. However, in the case of Bliss, the original negative was lost many years ago. When asked about the missing negative, director Ray Lawrence and producer Anthony Buckley both shrugged helplessly – all they knew is that it was sent to the United States many years ago and never returned.

Unfortunately, this isn’t an unusual occurrence. In the chaos of making a movie, most filmmakers are too busy worrying about getting their film made, marketed and distributed to be thinking about how it will be preserved decades later.

Unable to locate the negative, the NFSA Restores curators went hunting for the interpositive print instead. An interpositive is a print made from the edited negative and is the next best choice for restoration work.

There were three interpositive versions of Bliss to choose from – the two-hour behemoth that originally screened at the 1985 Cannes Film Festival (prompting many members of the audience to walk out), a shorter theatrical version which was released in Australia to great acclaim later that year and an international cut which screened overseas. It was decided that the 110-minute Australian theatrical version would be restored, as this was the one most positively received in 1985.

Once the appropriate interpositive print had been located, we needed to find the corresponding audio. Then, before beginning the restoration work, our experts in film sound had to check that the audio and pictures matched up, to avoid our film restorers spending days scanning the film only to notice Harry Joy (Barry Otto) delivering his final line out of sync in the closing minutes of the film.

When all the individual components had been pulled out of the NFSA’s two-million-strong collection, the digitisation and restoration could finally begin. Watch the video below to see how Bliss went from faded film to fresh, clean version ready to be screened in modern digital cinemas. In the words of Ray Lawrence, the man who knows Bliss best – ‘This restoration is the best print of the film I’ve seen in 30 years’. 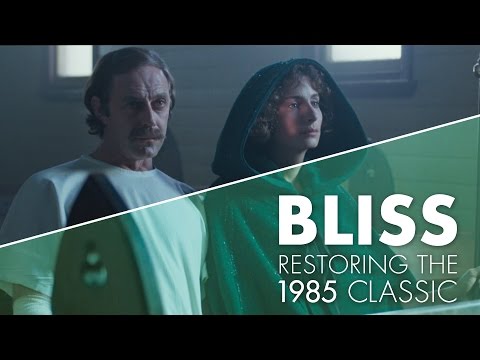 Many of the themes in Bliss were ahead of their time and are still relevant today, so the film should resonate with new audiences when it screens at the 2016 Sydney Film Festival. However, the wardrobe will forever mark it as a product of the mid-80s, as Ray Lawrence pointed out with a laugh after watching the restored film for the first time.

To celebrate Helen Hooper’s remarkable costume designs for Bliss, we dug up this bizarre clip from the 1985 AFI Awards. Bliss may have won the awards for best feature film (to producer Anthony Buckley), best director (Ray Lawrence) and best adapted screenplay (Ray Lawrence and novelist Peter Carey), but it is this dance number showcasing costume design that was the true highlight of the ceremony. 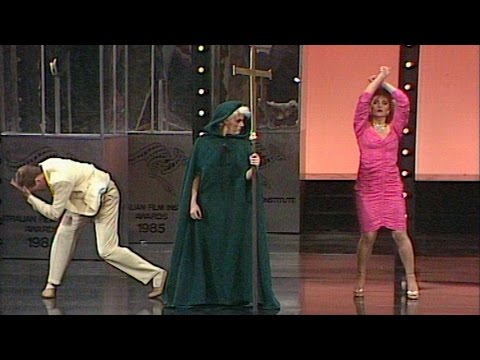